The elbow is one of the most complex joints in the body. Injuries can take place to the muscles which travel past the elbow, to the ligaments or to the joint itself. The humerus (upper arm bone) links to both the ulnar and radius (the two bones in the forearm) to allow bending and straightening of the elbow as well as rotation of the forearm. The bones are held together by 2 main ligaments, the medial and lateral collateral ligaments. These go from the humerus to the ulnar and do not attach to the radius. The radius (the outer bone when the palm faces up) is held in place by the interosseous membrane which runs from the radius to the ulnar as well as the annular ligament which wraps around the head and neck of the radius.

The main muscle which bends the elbow inserts on the ulnar and is call the Brachialis muscle. This sits under the biceps muscle (which is the one most people think is bending then arm). While the biceps does have a minor role in bending the arm (it inserts into the radius not the ulnar) its main role is supination of the forearm (twisting the palm to face towards the sky – think of the hand like a soup bowl – supination is to put the bowl in the right position to be filled with soup). Triceps is the main muscle which straightens the elbow and is found at the back of the arm. 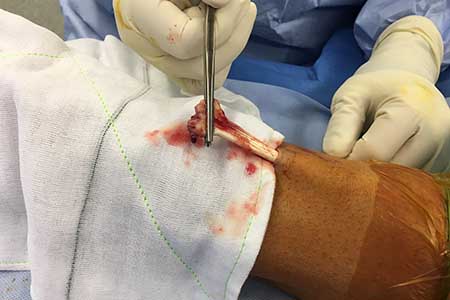 Distal Biceps Rupture
What is the Bicep?The bicep is a muscle of two... 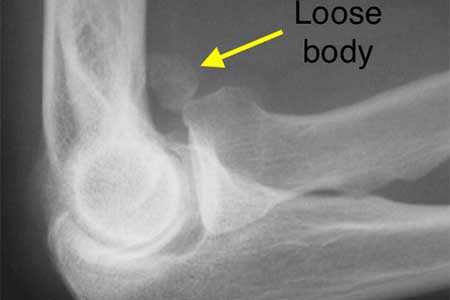 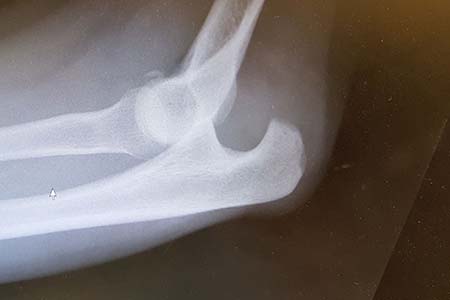 Elbow Dislocation
Elbow dislocation is one of the most common elbow injuries... 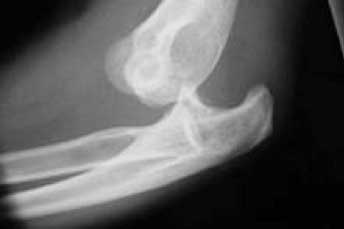 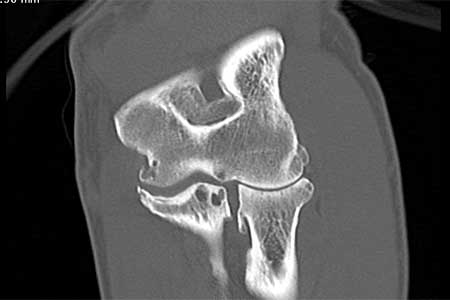 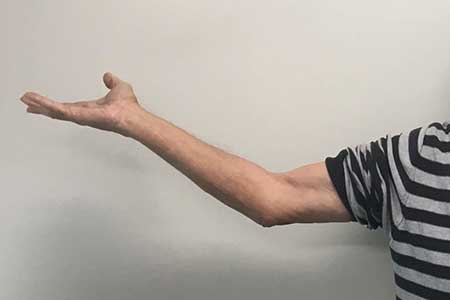 Elbow Splinting
The most common complication around the elbow following any type... 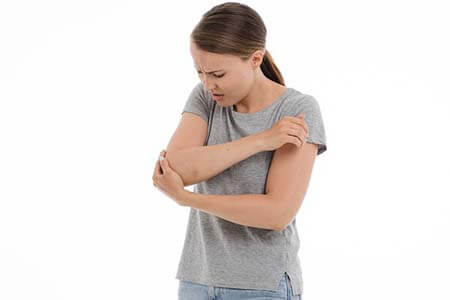 Elbow Stiffness
Stiffness from an Orthopaedic perspective is the inability to easily... 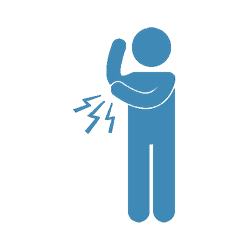 Lateral Ligament Reconstruction
A tendon is required for this operation. It can be... 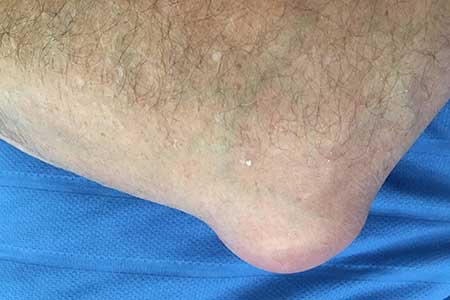 Olecranon Bursitis
A bursa is a fluid filled sack between skin and... 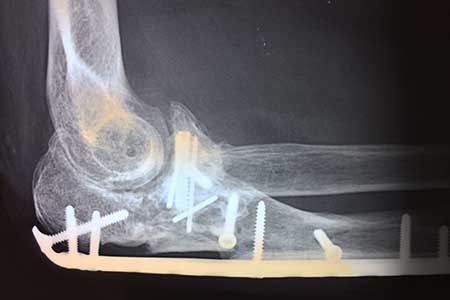 Olecranon Fractures
The prominent bone at the tip of the elbow is... 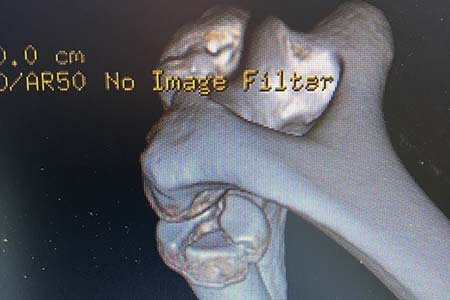 Radial Head Fractures
The radial head is the rounded expansion of the radius... 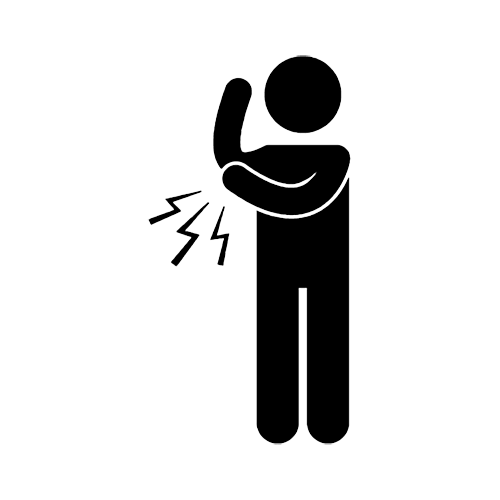 Ulnar Nerve
OverviewThe ulnar nerve is an important nerve because it supplies...

Please Note: Handouts are best viewed on a larger screen